Where drug abuse meets politics has been evident in the news this past month with several headlines catching national attention. 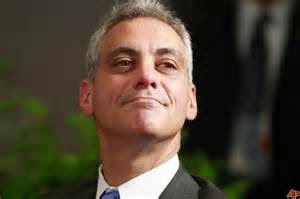 First, Obama’s former right hand man turned Chicago Mayor Rahm Emanuel is advocating that the state of Illinois lay off some of its stringent drug laws. Specifically, he wants to reduce the felony charge for those caught with a gram or less of a controlled substance. Currently, those caught with a  pain pill for which they have no prescription or a small amount of cocaine face a felony charge, which can have lifelong repercussions. According to Emanuel, “A felony conviction can slam the door on someone’s future and make it harder to go to school, apply for financial aid and find housing. There are times when a felony conviction is no doubt warranted, but we have to ask ourselves whether it’s too high a price for using drugs.” What’s left out of this story was whether those charged with non-felony possession would be encouraged to seek drug abuse treatment.

Second, the Federal Government recently posted a job seeking pot farmers for the National Institute on Drug Abuse. They are looking for farmers to “cultivate and harvest, process, analyze, store, and distribute cannabis (marijuana) for research.” Specifically, they are looking for marijuana farmers who are able to grow plants with “altered” variations of THC for specific research they are conducting.

Obviously the farmers must be approved by the FDA and DEA and registered to handle Schedule II substances. A spokesperson for NIDA said the organization’s contract for marijuana farms is going to expire next year and that these new contracts will likely be for one year, but may have the option of a four year contract. Obviously a lot of research on marijuana abuse will come out over the next few years but this job post in particular has gotten many interested in what NIDA is researching exactly. 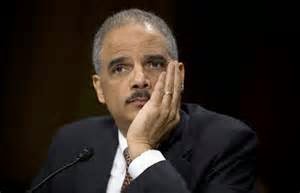 Third, United States Attorney General Eric Holder announced that he will resign last week as soon as his replacement is confirmed. Critics say that Holder is leaving at a time when the DOJ is in over it’s head with the discordance between state and federal marijuana policy. Whoever the new Attorney General will be will have to contend with the fact that two states have legalized marijuana, 23 have sound, clear cut laws around medicinal use of cannibus and a few states have a few limited and blurry laws around medicinal uses. However, the Federal government continues to classify marijuana as a schedule I drug (or a drug defined as being criminal, without medicinal purpose and with high abuse potential). Because the DEA is part of the DOJ, the new Attorney General has the power and authority to reschedule or de-schedule a substance – something Holder failed to do while in office. Time (and nominations for Attorney General) will tell how marijuana will be classified federally.