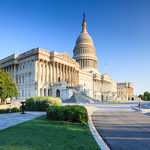 With presidential candidates crisscrossing the country discussing how to handle the prescription opioid and heroin epidemic, lawmakers in D.C. are also hard at work to combat the problem as well. It is no secret that democrats and republicans often disagree about major issues; one thing lawmakers from both sides of the aisle can agree on is that something needs to be done – sooner rather than later.

This week, the Senate voted in favor (86-3) of the Comprehensive Addiction and Recovery Act (CARA), a bill which would give federal grants to states and local governments to help fund the fight against our nation’s crippling health crisis, USA Today reports. If a final vote on the bill’s passage is in favor, it will give the Attorneys General the power to fund improvements in:

CARA was sponsored by Sheldon Whitehouse of Rhode Island, a Democrat, and Rob Portman of Ohio, a Republican, according to the article. A bill which would put at least $80 million towards treatment, prevention and recovery. While the bill’s support is definitely a step in the right direction, the bill would not actually fully fund $725 million needed to accomplish everything that its sponsors intended. Unfortunately, an effort to add $600 million in emergency funding to the bill was blocked last week.

One of the states affected the most by the opioid crisis is New Hampshire. While a small state, they are losing lives every day to overdoses. The effort to garner the additional funding was led by Senator Jeanne Shaheen, D-N.H.

“There is simply no excuse for Congress providing emergency funding for the Ebola and swine flu epidemics, while ignoring an opioid crisis that’s killing a person a day in the Granite State,” said Shaheen.

If you are struggling with opioid addiction, please contact Harmony Foundation. We can help you build the foundation for sustained addiction recovery.