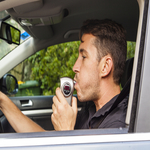 The major substance use news these days deals primarily with the opioid epidemic in America; we need to remember that there are plenty of other addictive mind altering substances that can wreak havoc on one’s life. Alcohol remains to be the most commonly used drug in America, alcohol is pervasive and deeply rooted in our society. It’s a substance that takes an enormous toll on both the public health and the economy; it’s responsible for thousands of deaths every year from alcohol related illness and driving under the influence (DUI).

While the Centers for Disease Control and Prevention (CDC) reports that 44 people die of an overdose every day, a staggering figure to be sure, the agency also reports that in the United States almost 30 people die in motor vehicle crashes that involve alcohol-impaired drivers. Despite the fact that even teenagers are aware that driving under the influence is unsafe, people continue to put their lives and the lives of others in their hands in danger, which often times ends in tragedy.

Over the last decade there have been a number of efforts made to mitigate both the effects and the likelihood of drunk driving. Those who are caught drunk driving face heavy financial penalties, possible jail time, and loss of license for varying lengths of time. What’s more, in many states those convicted of DUIs are required to have ignition interlock devices installed in their vehicle. The instruments keep the car from starting unless the driver blows into a breathalyzer; if alcohol is detected the device will prevent the car from starting and the driver will have to go back to court and may be sent to jail.

A new report highlights the success of requiring interlocks, showing that the devices have stopped more than 1.77 million people from attempting to drive drunk since 1999, the Associated Press reports. The findings come from data released by 11 major ignition interlock manufacturers.

“MADD knows ignition interlocks save lives, and they could save even more lives if every offender is required to use the device after the first arrest,” said Colleen Sheehey-Church, the president of Mothers Against Drunk Driving.

Currently, twenty-five states require ignition interlocks for any drunk driving offense, even for a first-time DUI, according to the article. All 50 states have passed some kind of ignition interlock law, but some are much stricter than others and MADD would like to see the states with softer laws, toughen up.

It is often the case that people convicted of DUIs are required to attend 12-step recovery meetings. That is not to say that everyone who gets a DUI has an alcohol use disorder, and most of those who are required to go to meetings do so begrudgingly; however, there are some who are required to attend meetings of Alcoholics Anonymous that realize that they do have a problem with alcohol and are willing to give recovery a chance. While getting a DUI is never fun, it can be the catalyst that leads to recovery.