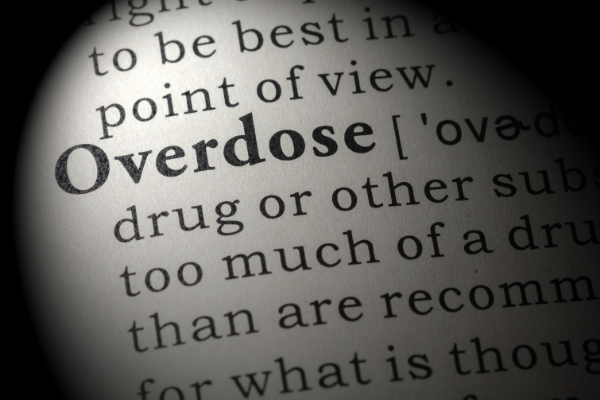 2020 is expected to have been another catastrophic year in the American addiction epidemic. There had been cautious optimism after drug overdose deaths had finally decreased slightly in 2018 only to peak again at 70,630 in 2019.

But that was before the COVID-19 pandemic hit the nation. Social isolation, fear of infection, and financial hardship seem to have resulted in a significant increase in substance misuse—with devastating consequences. The latest preliminary data released by the Centers for Disease Control and Prevention (CDC) show an alarming 29 percent rise in overdose deaths from October 2019 through September 2020—the most recent data available—compared with the previous 12-month period. According to the CDC data, more than 87,000 Americans died of drug overdoses over the 12-month period that ended in September, with a predicted number of deaths exceeding 90,000 for the first time.

“Illicitly manufactured fentanyl and other synthetic opioids were the primary drivers, although many fatal overdoses have also involved stimulant drugs, particularly methamphetamine,” reported Abby Goodnough in The New York Times.

Dr. Nora Volkow, the director of the National Institute on Drug Abuse (NIDA) confirmed the trend at a recent national conference, saying that more deaths than ever involved drug combinations, typically of fentanyl or heroin with stimulants.

“Dealers are lacing these non-opioid drugs with cheaper, yet potent, opioids to make a larger profit,” she said. “Someone who’s addicted to a stimulant drug like cocaine or methamphetamine is not tolerant to opioids, which means they are going to be at high risk of overdose if they get a stimulant drug that’s laced with an opioid-like fentanyl.”

Polysubstance use, the consumption of more than one drug over a defined period, simultaneously or at different times—inadvertently or deliberately—is extremely dangerous. Mixing opioids like heroin or prescription painkillers like oxycodone with alcoholic beverages or stimulants like cocaine and methamphetamine can also be lethal.

“Rates of co-involvement of opioids in drug overdose deaths involving cocaine and psychostimulants were found to vary by region across the US, hitting the Northeast region of the country hardest in 2019,” wrote Valentino. “Overall in the US, 76 percent of the 15,883 drug overdose deaths that involved cocaine also involved at least one opioid, but 83.1 percent of cocaine-involved deaths also involved one or more opioids in the Northeast. Meanwhile, 63 percent of cocaine overdose deaths in the West involved at least one opioid, the lowest rate of any region.”

Misusing more than one drug concurrently can also complicate addiction treatment and recovery. Drugs taken in combination can boost the narcotic effects of the substances in unforeseeable ways. Their toxic effects increase and withdrawal symptoms become more severe and prolonged.

Harmony Foundation is one of the longest-running and most successful addiction treatment centers in the world. If you or a loved one are struggling with alcohol or drug addiction, or you have questions about our programs, call us today at (970) 432-8075 to get the help needed as soon as possible. Our experienced staff is available 24 hours a day, seven days a week.