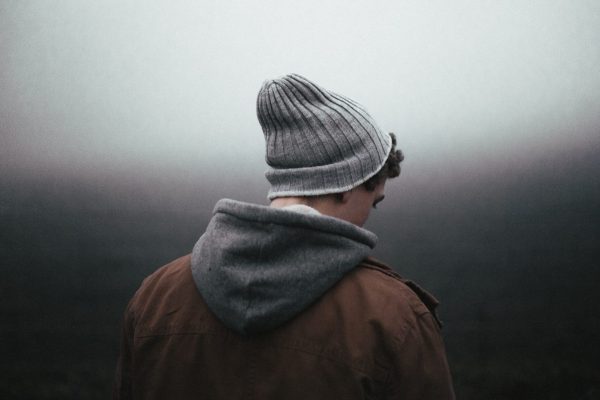 Addiction can sneak up on you. You may be unaware of it, but you might be genetically predisposed to develop a substance use disorder (SUD) more easily than other people. The alcohol-related SUD listed in the fifth edition of the Diagnostic and Statistical Manual of Mental Disorders (DSM-5) is termed alcohol use disorder (AUD), featuring eleven diagnostic criteria. The presence of six of those criteria indicates a severe AUD or an alcohol addiction.

Several of the DSM-5 criteria can be regarded as early warning signs. Is alcohol taken in larger amounts or over a longer period than was intended? And has there been a persistent desire or unsuccessful efforts to cut down or control alcohol use?

Many alcoholics remember periods early on when they tried to slow down their drinking, only to find that it didn’t actually happen. According to the DSM-5, the presence of these two criteria already indicates a mild alcohol use disorder. If these early warning signs are ignored, the AUD is likely to escalate. More and more time could be spent on obtaining alcohol, drinking alcohol, or recovering from its effects, and “continued alcohol use despite having persistent or recurrent social or interpersonal problems caused or exacerbated by the effects of alcohol” may ensue.

Continued, excessive alcohol use despite negative consequences is a serious red flag that should not be ignored. Take a step back and honestly ask yourself, why is this happening? Why are you drinking more than you should? For many recovering alcoholics the answer is that they were self-medicating emotional pain or intense stress.

Do you drink to reduce social anxiety? Are you suffering from an anxiety disorder or depression? Then you should not drink alcohol in an attempt to reduce the symptoms of those conditions. While drinking may initially suppress symptoms of mental health disorders, it will eventually make them worse. If you suffer from too much stress, you need to address the cause of that stress instead of fleeing into alcohol misuse.

Unfortunately, many users start to rationalize their excessive alcohol consumption at this point and deny any warning signs to themselves and to others. They keep on drinking even though it is beginning to cause serious problems in their relationships, for their professional career, and physical health. They start to experience craving, or a strong urge to use alcohol, as their alcohol use has begun to hijack the reward cycle of the brain. They need alcohol just to feel normal.

Stress (especially if caused by a traumatic experience) or any mood disorder, combined with frequent alcohol use and a possible genetic predisposition may now unleash a severe alcohol use disorder or alcohol addiction. Individuals may experience blackouts after heavy alcohol use. Uncontrolled, persistent drinking will eventually lead to tolerance—more and more alcohol is needed to achieve the same effect—and withdrawal symptoms will increase if alcohol consumption is discontinued.

Don’t let it get that far. Heed the warning signs. Be mindful of the real reasons you’re drinking excessive amounts of alcohol. Seek professional therapy for any mental health condition you might have and counseling for any trauma you may have suffered. Be aware of people with alcohol use disorder in your family and be extra-cautious if close relatives have an AUD. Engage in activities that relieve stress but don’t involve using addictive substances.

If you are unsure if you have developed a substance use disorder, seek an evaluation to assess your drinking behavior. Don’t despair and don’t drown in your addiction. Help is available and recovery is possible!