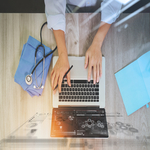 Alcohol use disorder (AUD) affects millions of Americans, a disorder which can have serious impact on one’s health and can be fatal. Without effective, evidence-based treatments, the chances of recovery are slim. Sadly, many young adults have an AUD which usually arose in their teenage years. Preventing teenage alcohol misuse and abuse is crucial, and doctors can play a huge role in intervening early on.

New research has found that physicians who ask teens just one question about drinking frequency in the past year can help them determine who is at risk for developing an AUD down the road, according to the National Institute on Alcohol Abuse and Alcoholism (NIAAA) press release. The study involved almost 1,200 young people ages 12 to 20. The findings were published in the Journal of Pediatrics.

“Primary care physicians are encouraged to screen adolescents for alcohol problems, yet many do not, citing time constraints and other issues,” NIAAA Director George Koob, PhD said in a news release. “This study demonstrates that simple screening tools such as those in NIAAA’s Youth Guide are efficient and effective.”

Using a computer-based questionnaire at a primary care clinic, the teens involved in the study were asked about how much alcohol they use and were screened for an AUD, the press release reports. The researchers found that 10 percent of those over age 14 met the diagnostic criteria for an AUD. The NIAAA funded study found that 44 percent of teens between 12 and 17 years old who had at least one drink on three or more days in the past year met the criteria for AUD. But everyone who drank that much was at risk for alcohol problems. Thirty-one percent of 18-20 year olds who reported 12 or more drinking days in the last year were found to have an AUD.

“This finding confirms that a single question can be an effective screen for AUD,” said lead researcher Duncan B. Clark, MD, PhD, Professor of Psychiatry at the University of Pittsburgh Medical Center.

If you are a young adult and believe that you have a problem with alcohol, please contact Harmony Foundation. Our Young Adult Recovery Track (YART) is specifically tailored for treating young adults with substance use disorders, let us help you begin the journey of recovery.